It was a sultry summer day at the Jersey shore — like so many others. People flocked to Asbury Park to help escape the heat and humidity of their homes. The beaches and boardwalk were packed — like way back in the days of old!

There were those who had also come to see Joe Grushecky And The Houserockers with special guest Eddie Manion on saxophone at the Wonder Bar. Though Grushecky and crew hail from Pittsburgh, PA, they have become sanctified by Asbury Park fans and one of Asbury’s former residents — the “real governor of New Jersey” — Mr Bruce Springsteen. Springsteen produced Grushecky’s 1995 album “American Babylon“. But their connection came earlier on though the Light Of Day Foundation and the first show at the Stone Pony in Asbury Park.

The first official Light of Day concert was held at Asbury Park, NJ’s legendary Stone Pony in November 2000 and primarily featured local, unsigned artists. The critically acclaimed Pittsburgh-based band Joe Grushecky and the Houserockers (managed by Benjamin) headlined the show, which featured a surprise appearance by local hero Bruce Springsteen, who joined the Houserockers for a raucous hour-long set.

And so the rumors begin. Joe Grushecky’s coming to town? Wonder if Bruce will show up? Though the usual senario is … Joe’s coming to town — instant ticket sell out. Because when the Pittsburgh Posse is in town — Bruce is not far behind. And the residents of Asbury Park know it and are happier for the friendship of these two musicians. We all get to see Bruce & Joe play songs from both their massive songbooks. It’s homecoming for us all!

I had no idea that I would be in attendance last night. It was divine providence, and a text message from my buddy Geoff Hoover. Geoff and I had attended college together circa 1980 at CW Post. He and I had seen Bruce together twice before. It’s also amazing that he and I live just blocks apart here in Asbury. So when Geoff’s son Texas declined going with his dad, I was the next in the line of succession. Thanks Texas and Geoff! And out of the blue — I had plans for the evening.

The plan was to meet in front of the Wonder Bar at 8:50 PM. Geoff would walk over from 1st and I’d walk over from 6th and meet out front. Now you have to realize, Bruce showing up, is not written in stone. You just never know if Mr Scialfa will show up. But as fate would have it — I’m telling you this WAS a magic night — as I was walking towards the back entrance of the Wonder Bar, I looked up — there was Bruce walking by himself towards the rear entrance door! Our fates were sealed! It really would be a homecoming for us all. I was smiling from ear to ear! Who wouldn’t be!

My step got a little lighter as I walked to the front of the Wonder Bar to await the arrival of Mr Hoover. Of course I texted him immediately.

Just saw Bruce walk into the back door!

While I was waiting for Geoff, this woman had come out of the Wonder Bar. She was around my age and she was sporting a Ramones t-shirt. We caught eyes, and she smiled. She said, “you know who’s supposed to be ‘showing up’ tonight? I said, “Yes. I just saw him walk in the back door, wearing a black and while checked shirt.” She looked at me and didn’t know weather to believe me or not. “You better not be messing with me!” she retorted. “Me? Messing with you? No way! He IS here. Just wait and see.” With that she walked down the block a little. As she walked back, she hesitated, looked at me and said, “… you better not!” “Or what? Your Uncle Vito is coming to visit me?” I replied in my best Goodfellas accent. She smiled, laughed and disappeared in the bar door again. Shortly after Geoff shows up & we’re inside the Wonder Bar.

We missed the first opening band and were just in time for the second — The Billy Walton Band. Billy is also part of the another historic Asbury band, The Asbury Jukes. Though I had seen him before with the Jukes, it was a treat to see him do his solo act. That man can play! Billy and band did a really rollicking set.

In between the time he went off and Joe & Co went on, Ramones t-shirt lady and I crossed paths. I just looked at her and smiled — “not long now!” And I was right. It wasn’t long. Joe & Co took the stage shortly after 10:00 PM. They only did one of their own original songs “Never Enough Time” before he introduced “the real governor of New Jersey” and Bruce strapped on his trusty beat up yellow Telecaster and took the stage — stage right of Joe. And before you knew it they tore into “Adam Raised A Cain”. Ready! Set! Go go go! The crowd went NUTS!

I only took a few photos during “Adam Raised A Cain” and a very brief video. Way too many people with their phones in the air doing the same thing. Kind of annoying — but — this is the modern world. You can see someone raise up their phone in my brief video. I was done with that! I just wanted to enjoy the sauna and the show. Sadly, the sound was atrocious for the audience and apparently for the band via their monitors. Bruce had called out the sound guy to tweak his monitor mix and turn down his guitar several times during the night. But in spite of all that (and bleeding ears) the show was amazing! How could it NOT be! We had Bruce and the Pittsburgh Posse trading and playing songs like they had been doing this for years. Well — they have! They were tight! Trading vocals. Trading riffs. Having one hell of a good time! And Bruce was being Bruce. Telling stories to introduce songs. The story he told of he and Miami Steve Van Zandt living in a small Asbury Park apartment, back in the day, was one I had never heard before, and a great intro to “Frankie Fell In Love”. “A true story”, so said Bruce.
Adam Raised A Cain (my short) 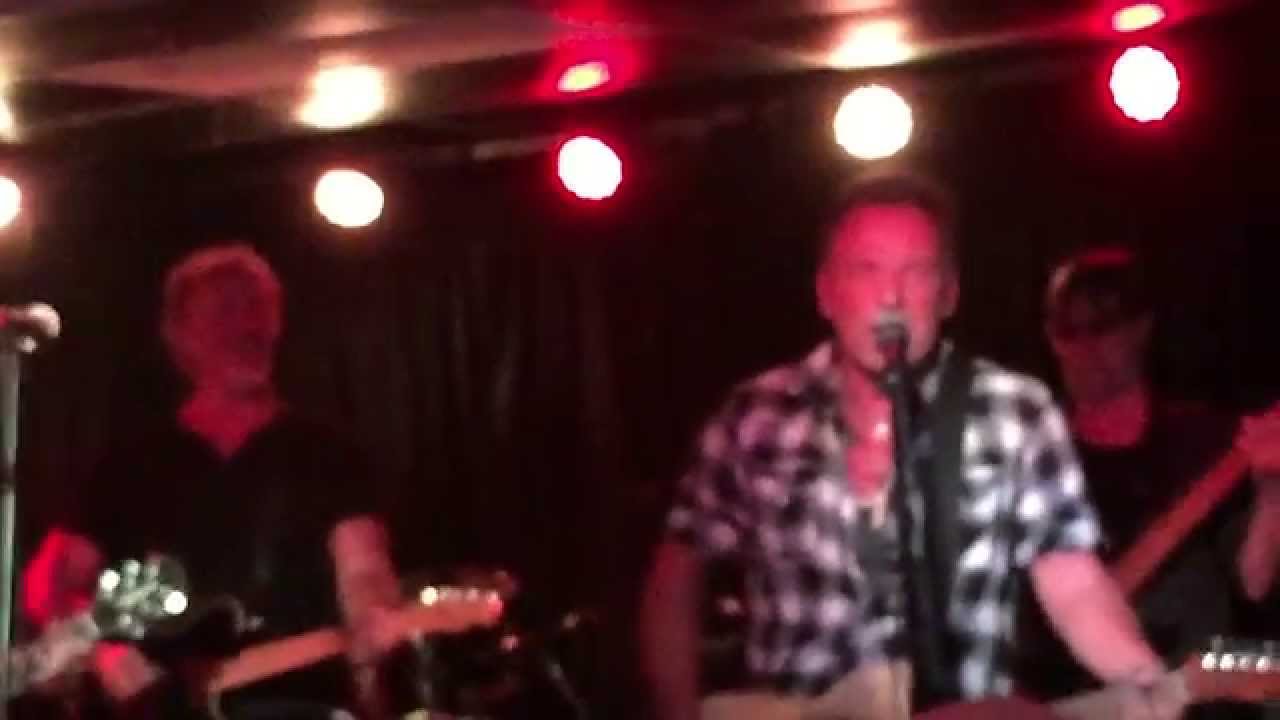 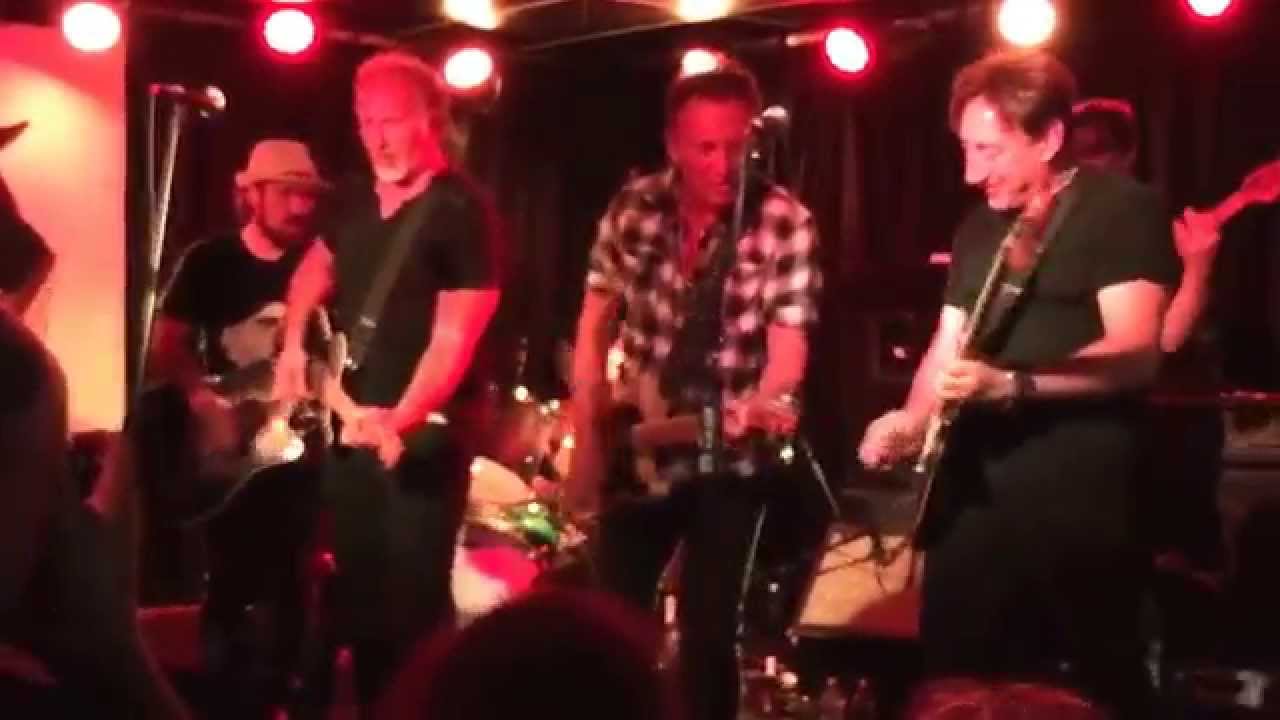 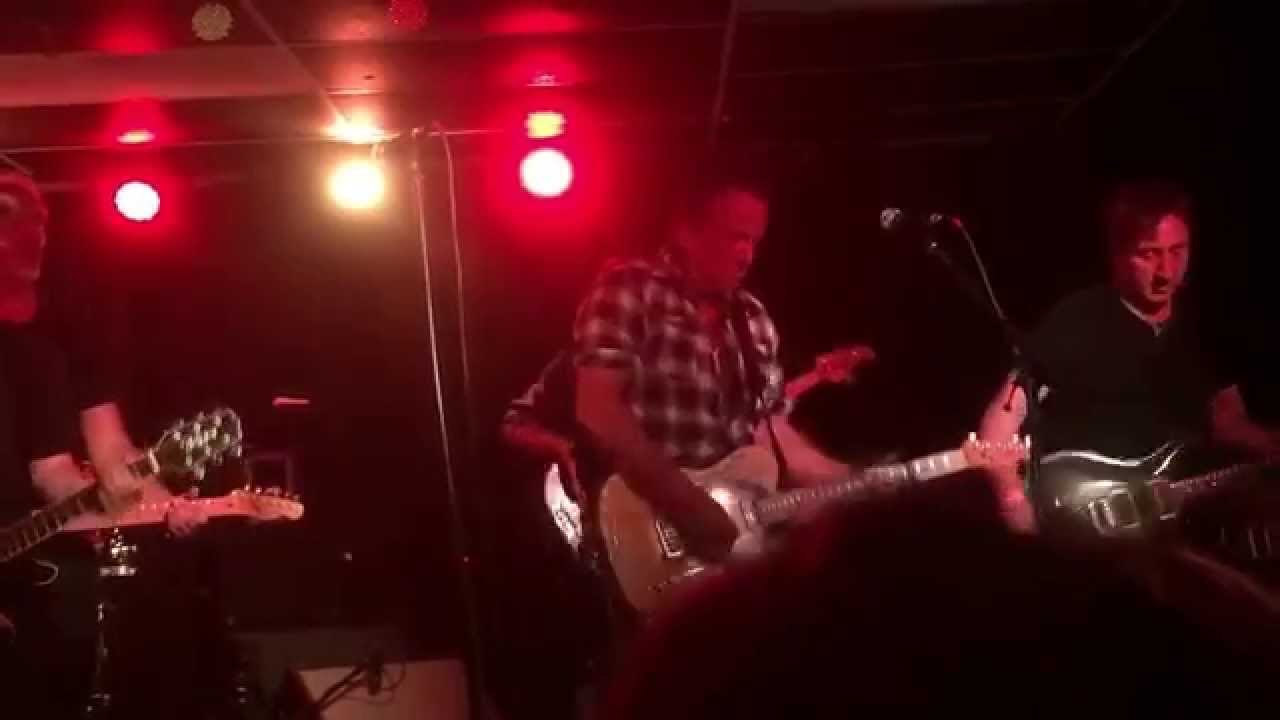 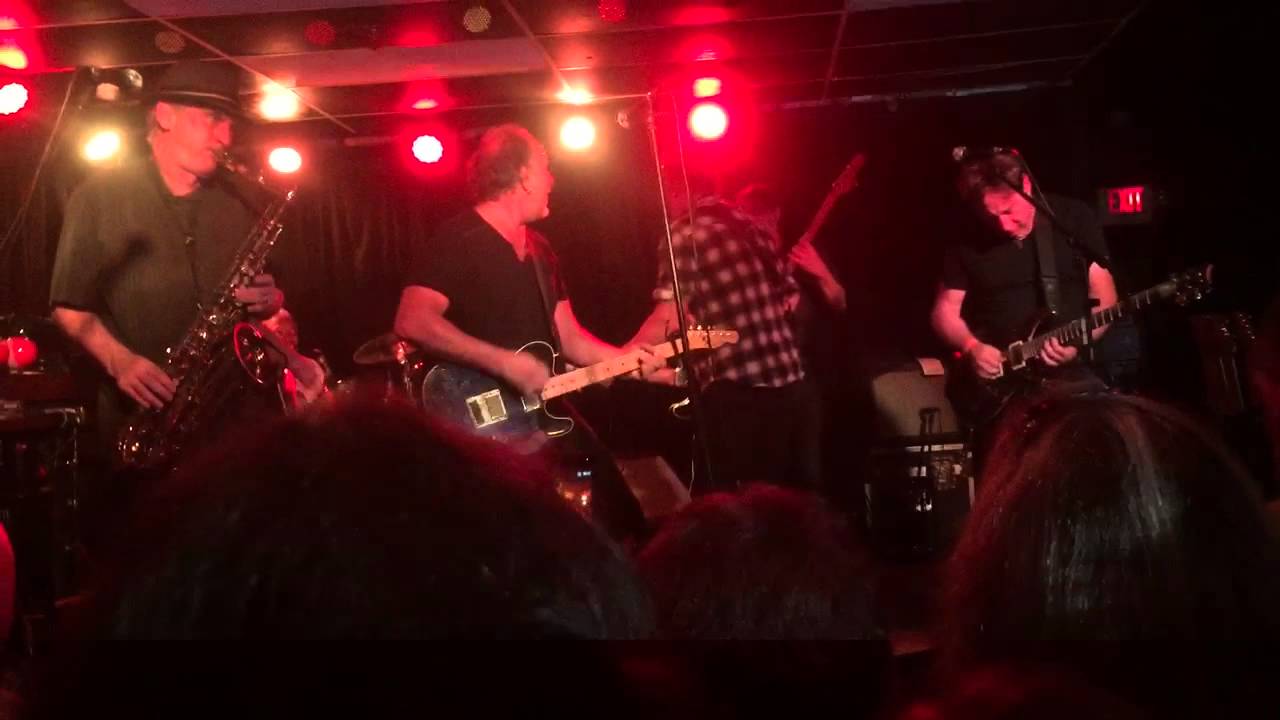 Racing In The Street ’78 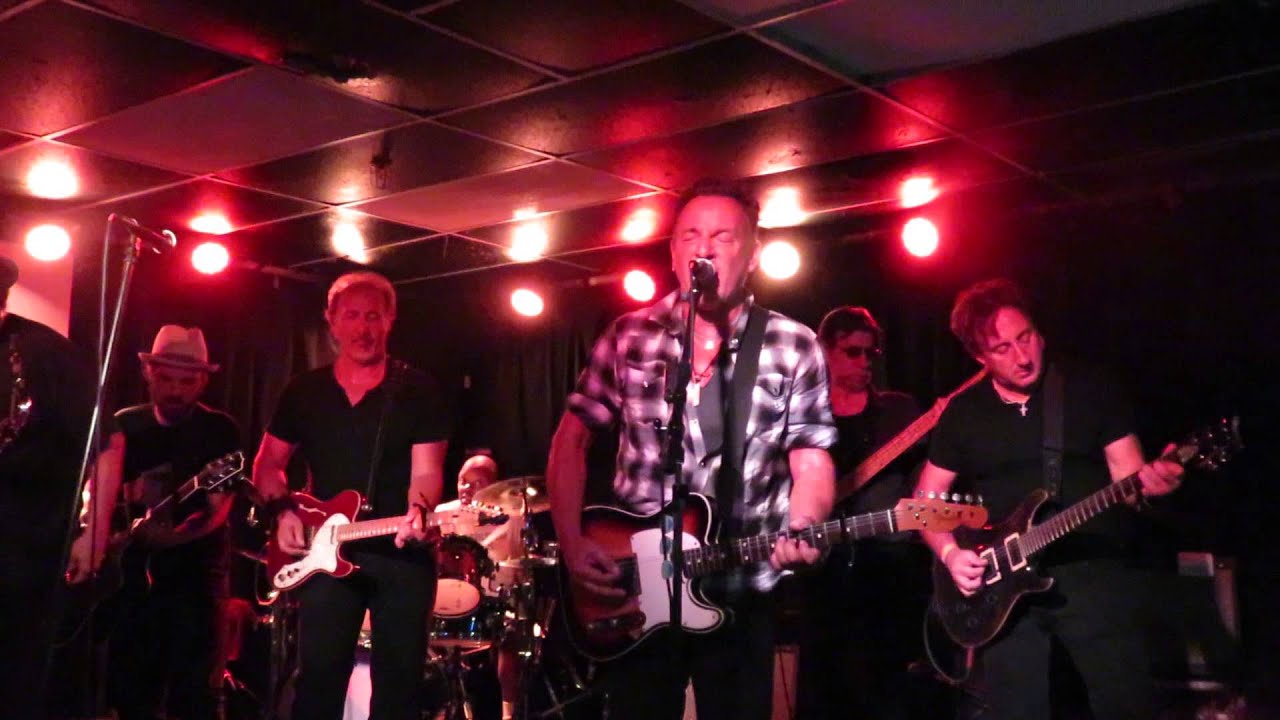 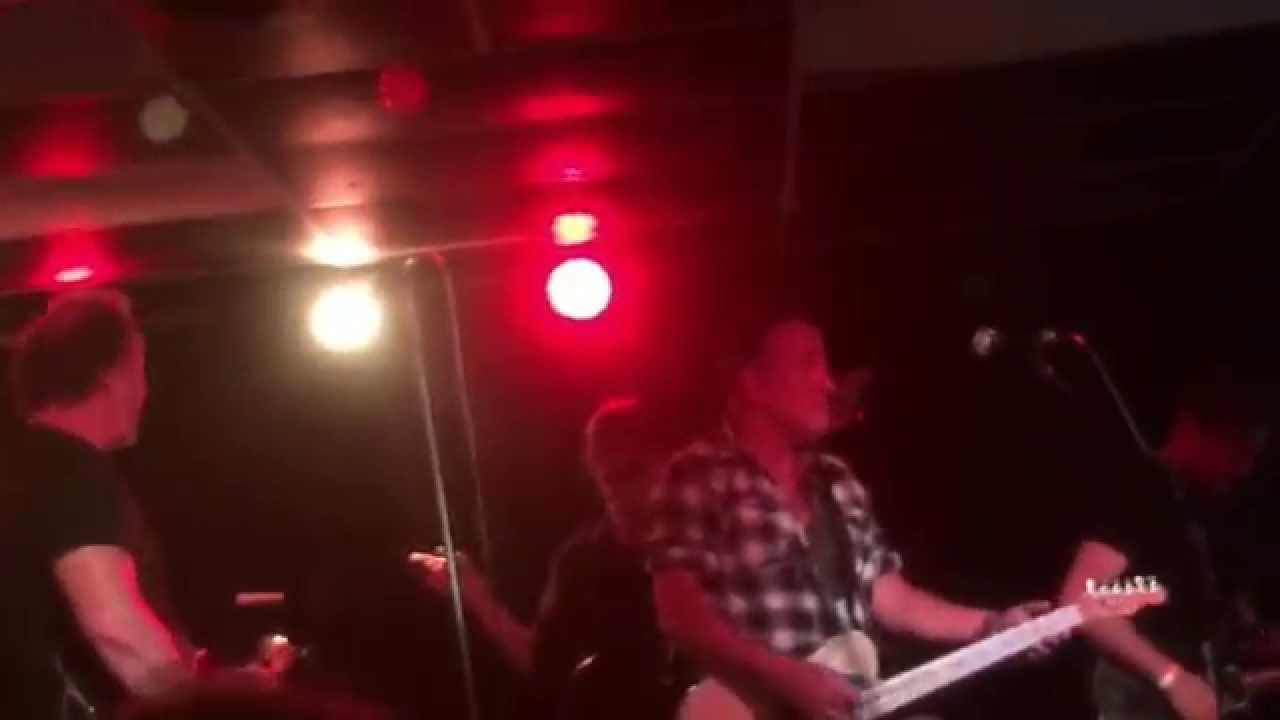 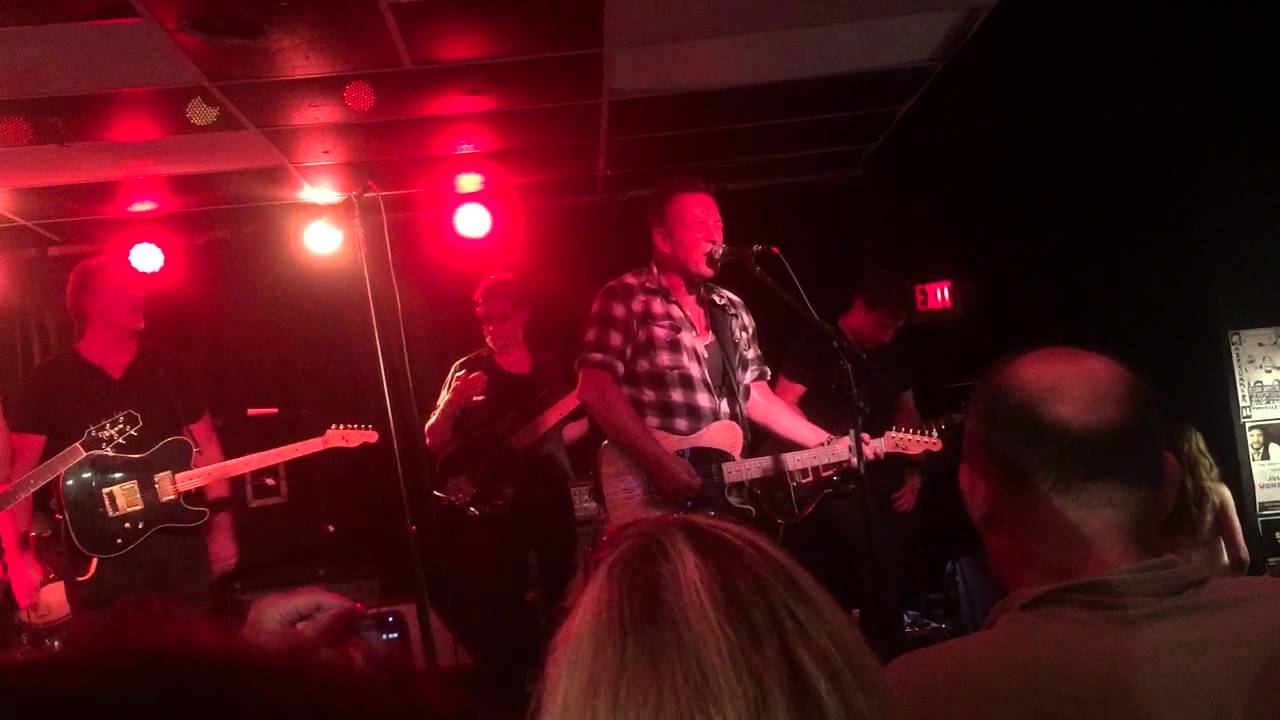 Darkness On The Edge of Town

The night was what dreams are made of. Though it might sound hyperbolic — it surely is not. The combination of Bruce and the Houserockers was tight, energetic and a force to be reckoned with. Though I’m still not in the best of health, I stood through 2+ hours of amazing music from Bruce and Company. Finally towards the end of the night Geoff and I had to take a break out onto the 5th Ave patio with all the smokers and all the fans outside of the patio fence watching the entire show through the Wonder Bar windows. Bruce had been talking to those fans on the street throughout the show, even dedicating a song to them. Geoff and I sat out on the patio, cooling down and resting our aching feet, as Bruce started “Because The Night” and came back in somewhere before the end of “Promised Land”. We watched the remainder of the show from the side of the bar, which was a bit less packed than in front of the stage, where we had been most of the night.

The show was amazing! How could it not be! Joe, Eddie Manion blowing the hell out of that sax all night, the Houserockers and Bruce just letting loose in a small bar in this rising beach town. As they like to say here — “Only in Asbury Park!” Thanks again to my long time friend and show companion — Geoff Hoover. As always my friend — a blast! Another memorable Bruce show — that makes three! And thanks to all my brothers and sisters in Bruce for the passion that helps keep this town and the music alive. Only in Asbury Park!